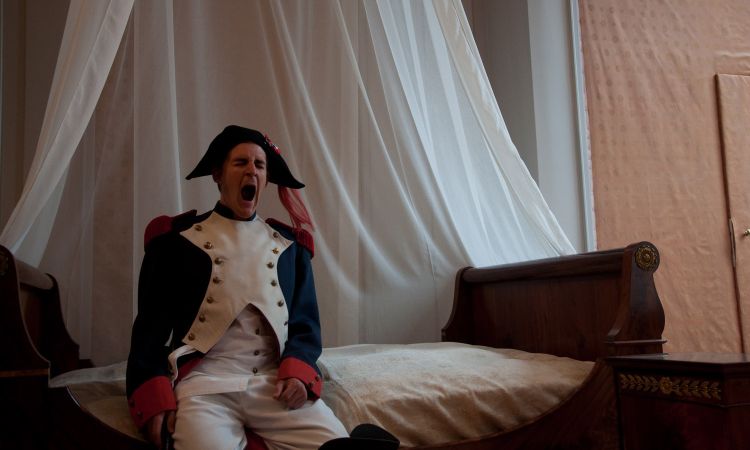 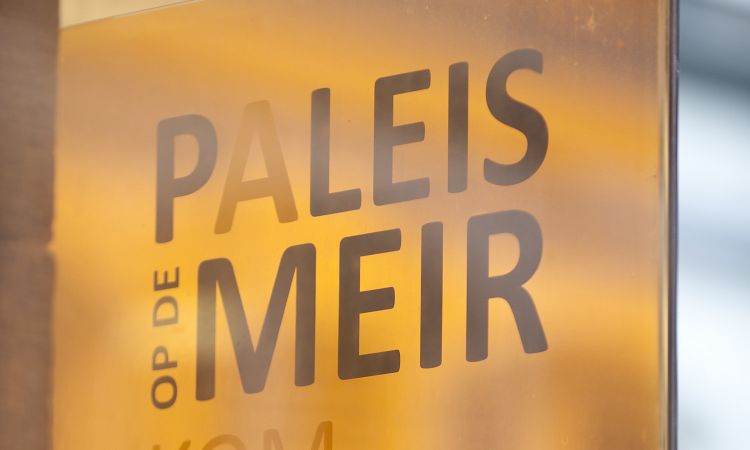 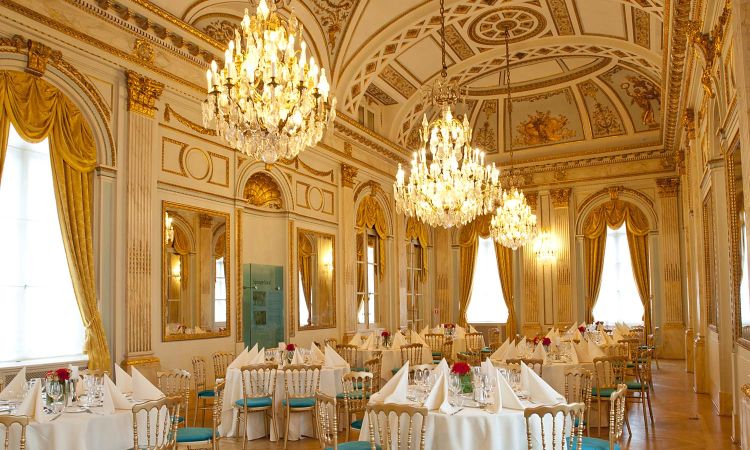 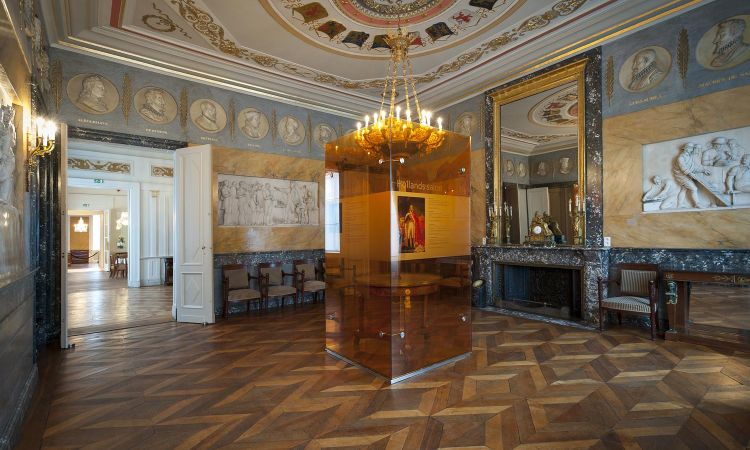 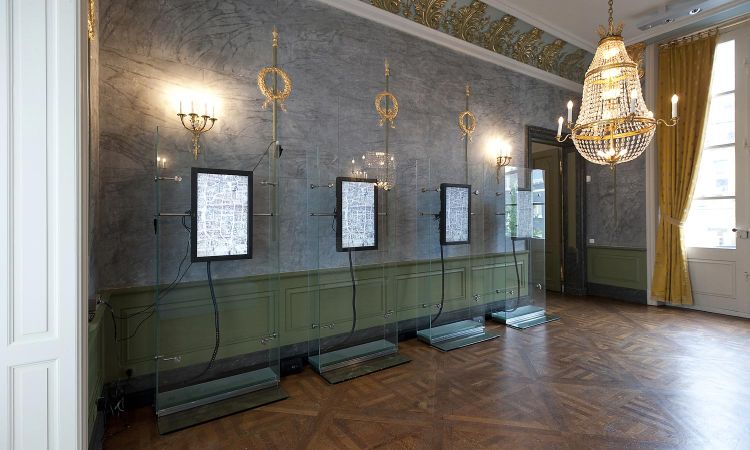 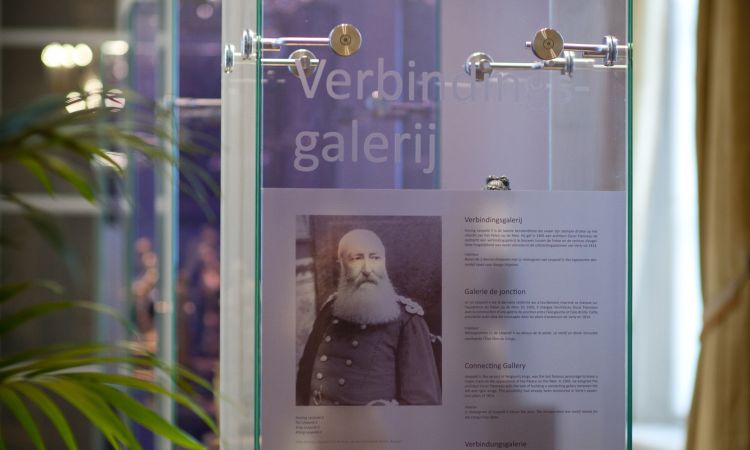 The prestigious Royal Palace on the Meir in Antwerp opened its doors again in May 2010, this time to the public as a heritage site. Sien created the permanent exhibition and re-installed the historic furniture, enhancing the atmosphere of the magnificently restored salons. Visitor orientation was also given prominence in the form of coloured glass beacons. Four famous inhabitants of the palace serve as virtual guides, taking the visitor through the fascinating history of the building. The activities of Johan Van Susteren, for whom it was originally built, the Emperor Napoleon, King Willem I and King Leopold II are brought vividly to life.
Sien is currently working on interpretative material for the benefit of individual visitors, and is further developing the scenography of the salons.